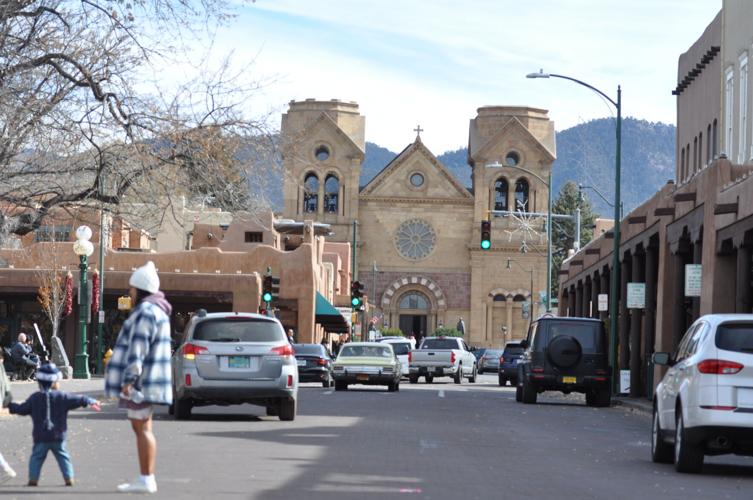 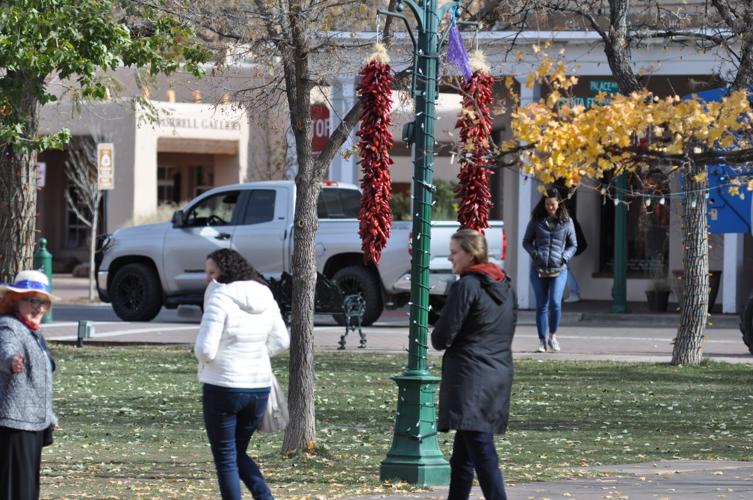 SANTA FE – Sitting at 7,199 feet above sea level at the base of the Rocky Mountains, Santa Fe can be chilly in the autumn but that doesn’t stop people from enjoying what the city has to offer.

Santa Fe is the oldest capital city in the United States, and is the location of the oldest house and church in the U.S. The City’s architecture, food and its combination of Indigenous traditions give Santa Fe its nickname, The City Different.

Every city has its special traits, but what makes Santa Fe so different from any other?

Perhaps it's that the buildings are required to be built in Pueblo Revival style, a practice that dates to the 1600s. Or ristras, an arrangement of dried chile pods, that hang from the top of buildings across the city as decorations.

The question “Red or green chile?” for Spanish cuisine and the clash of Native American, Spanish and Anglo cultures may answer that answer.

Lawrence and Suzanna Becerra are the owners of Sassella and Sazón, two fine dining restaurants in the heart of Santa Fe, serving people who visit the city every day. Both avid travelers, the couple has called Santa Fe home for good.

“Santa Fe is the most magical place in the world, there’s no other place we’d rather live,” Lawrence Becerra said.

“Clean air, good people, the arts are great, and it has everything we like. The food scene is amazing here, and for a small town it punches well above its weight.”

It is common to find artists and food vendors at the Santa Fe Plaza, which attracts visitors from around the world.

Sara Hansen, visiting from La Center, Washington, walked the streets of the plaza in search of entertainment.

She said the culture within Santa Fe is what brought her and her friends to the city for the weekend.

“We can explore, get away from our kids and do adult things that are creative and new,” Hansen said.

“It’s just a fun culture within America and the ancient aspect of the town in this part of the world is pretty neat.”

In 2014, the City of Santa Fe estimated 1 to 2 million people visit the city each year.

Erik Diaz, a business administration student at the University of New Mexico and life -long resident of Santa Fe, said the calm atmosphere and friendly people convinced him to stay.

Diaz said, the town always offers events for locals to participate in, but one special week captures the rich culture of Santa Feans.

“Every year I look forward to the Fiestas de Santa Fe. The fiestas bring joy and excitement to all of the locals, especially the children,” Diaz said.

The celebration honors the 1692 reoccupation of the city by Don Diego De Vargas.

Santa Fe is a cultural hub for business owners, locals and tourists alike.

Suzanna Becerra said she appreciates the people that she has met throughout the years, and looks forward to running a business along with everything else that comes with living in Santa Fe.

“The people that you meet are truly remarkable, they are very meaningful,” she said. “We don’t live in Santa Fe because we have to, we live here because we want to.”